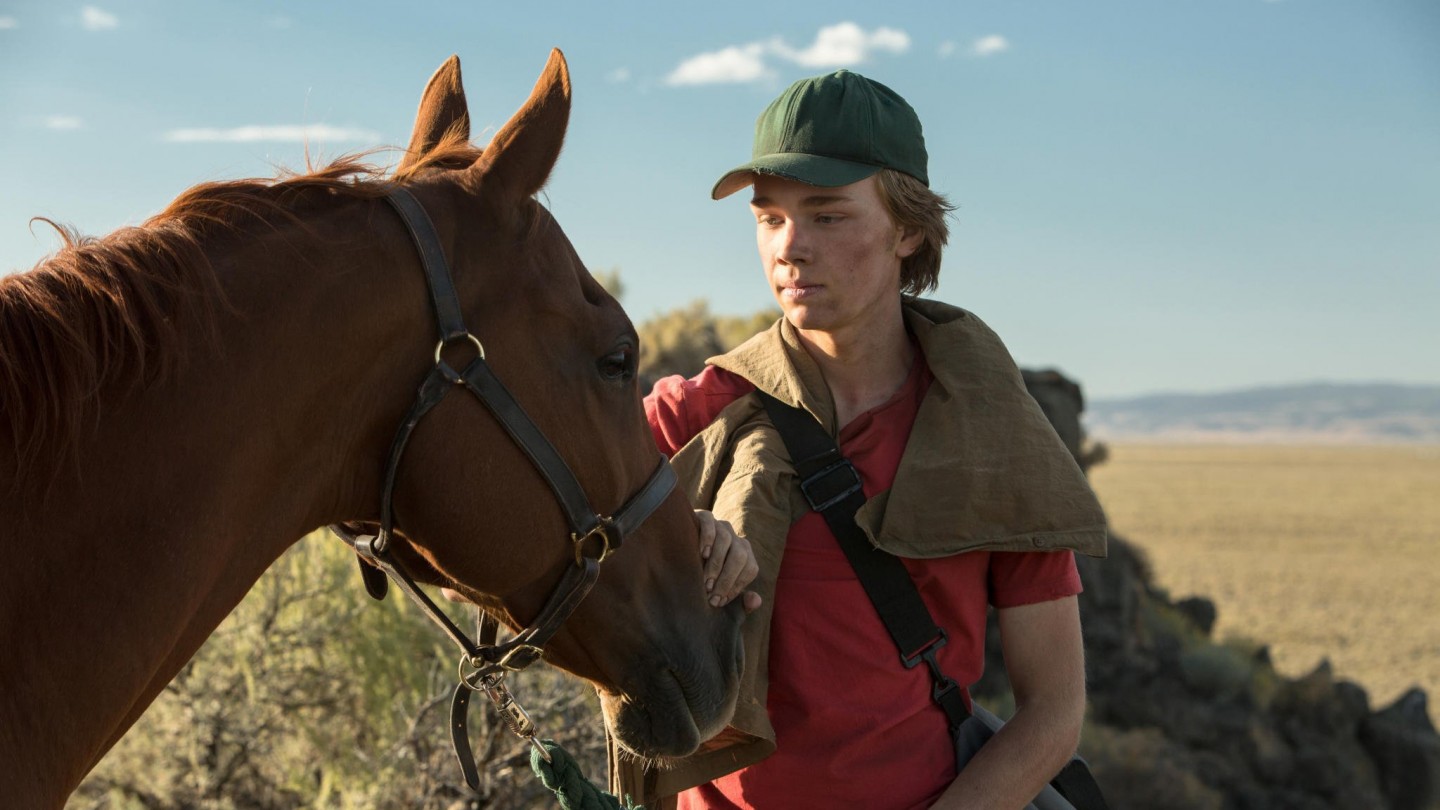 Andrew Haigh's (45 Years, Weekend) new film, Lean On Pete, is a beautiful coming-of-age story about a young boy, a horse, and the American dream. Film4 spoke with Andrew about working with horses, Steve Buscemi, and the film’s soundtrack.

How did you come across the story of Lean on Pete, and what inspired you to adapt it for film?

My partner read the novel years ago while we were doing publicity for Weekend. I read the book very quickly and fell in love with Charlie’s journey. His struggle, the sadness and heart-breaking nature of the story, and the way that Willy Vlautin had written it – it’s so tender and kind, non-judgemental and honest and yet completely unsentimental. When it’s a story about a child and an animal you expect sentimentality, and there isn’t any (in the novel) which I found really interesting. A horse is a horse, but you care for Charlie’s love for Pete, and what that animal gives him – someone to care for, some hope.

What made you choose Charlie Plummer for the role of Charley?

It was so easy. He auditioned on tape, and he’s just so good – so wise and clever. He understands what acting is and what it can be, and how you can approach a scene in a different way than might be traditional. He asks what he could bring to a scene that’s interesting or how he can navigate through the scene, or what could be surprising – that’s what I love about him. He would offer ways of doing things beyond I thought the scene would require, and it makes you care for the character more. His performance makes you feel Charlie’s emotional state. I thought it was important to keep the audience’s emotion in line with Charlie’s, to hold back a little.

How was it working with Steve Buscemi, who plays horse trainer Del in the film?

Steve’s very open, generous and kind on set. There’s such a world weary nature to his performance, which is something Steve and I discussed. Del could be this clichéd angry man, but that’s not interesting to me - so instead of doing what was obvious with that, we downplayed it. He’s just exhausted, life has beaten him down – and that was where we took the character.

And Chloe Sevigny plays the female jockey, Bonny, in the film.

I love Chloe, she’s wonderful. She’s really fascinating, because as well as being this fashion icon, she she’s also brilliant character actress. There aren’t that many actresses that can fit into a world like that – I felt that she could actually inhabit that world, I could imagine her there. Bonny, the jockey, is tough and strong, she has her own mind – all those things that Chloe has.

This was your first feature film in the United States. What was it like shooting there?

I’d already done a TV series there (Looking), and there were some differences, like the size of the crew. But as soon as you turn the camera on, it’s the same; shooting a scene from Lean on Pete felt the same as shooting a scene from Weekend. Once you turn the camera on, that’s all that matters – although this time I finally got a trailer. We shot just outside Portland for the race track, and then out into the Eastern Oregon desert, about 7 hours from Portland. This was pre-Trump, prior to the election, and you could feel going out to that part of the world, there was a lot of dissatisfaction. It’s a difficult way of life, and a lot of people are suffering economically.

How was it working with the horses on the film?

The horses are so well trained. There are a lot of complicated techniques to make the horse act a certain way, but they’re never stressed and always with their handlers. I learned that you can only lead a horse from one side, and a horse is a big animal! So when framing scenes, you’ve got to bear that in mind - sometimes if I had a shot in my mind we had to change it, or you couldn’t see Charlie.

Charlie spent two weeks with the horse that played Pete, learning how to clean out his stall, how to walk with the horse, how to make the horse comfortable so that they’re not afraid of each other. He really loved him, they worked together for a long time. We were all really upset to say goodbye to Pete.

Did you spend time with the local racing community while filming?

When I first went to do research I met a group of jockeys and trainers at the racetrack where we filmed, and spent a lot of time with a female jockey who was a friend of Willy Vlautin, who I think Bonny is based on. I sat in the café that you see in the film, had my breakfast in there, spoke to people. They’re barely getting by in that world, people are sleeping in the stables because they can’t afford rent. But there’s a real sense of family, there are generations of people there. And that horse racing track might not even be there in a couple of years. It’s a very tough form of racing called Quarter horse racing, which is very short distances – it’s a quick sprint, the races are over in 15 seconds. And it’s really tough on the horses, and it’s on its way out.

The film features Bonnie Prince Billy’s The Greatest – what made you choose that song for the film?

I love the song, I remember when it came out on Ask Forgiveness. About the same time I read the book, I knew I wanted that song in the film. The original R. Kelly song is so bombastic, so Will Oldham singing it with this world-weary sadness, and that encapsulates the American dream for me. The principles of the dream are amazing, but the reality is that it’s not serving the people it should serve. So it was important to me that the song was hopeful, but also realistic. It’s not ‘everything’s going to be great!’ but it’s like ‘things are going to be better, but it’s still going to be tough.’ It was important to me to have that message in the film.

You made a short film called Five Miles Out with Film4 (in 2009) – what are your memories of making that film, and has anything carried through the rest of your career?

I think there’s some imagery in that film that I’ve repeated – it was the first time I used a zoom lens, and I’ve been using one ever since. It was a great experience, I remember it very fondly. It was the most money I’d had to spend on a film at that point which was really exciting, but what’s interesting about that film is that it still took a long time after that to make Weekend; it took a while for those opportunities to come around again. Funnily enough, the kid in Five Miles Out is now on Gogglebox – he’s one of the Malone family!

I’m currently working on a mini-series called The North Water, about an 1850s whaling ship in the Arctic. It’s a huge, very complex, fascinating project based on a novel (by Ian McGuire).