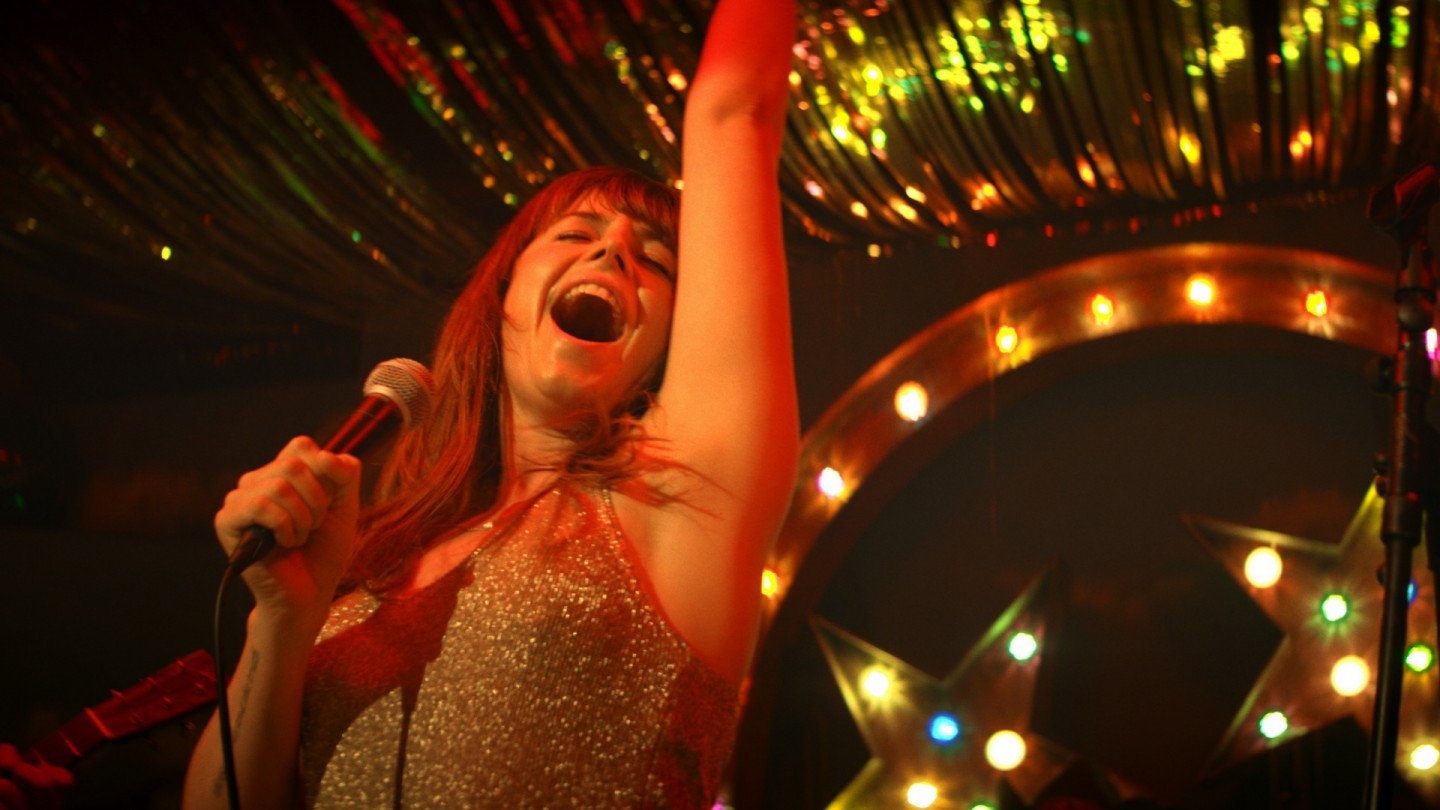 Nicole Taylor has known Rose-Lynn Harlan for years. Before she was brought to life by Jessie Buckley, the writer of Glasgow-based Country music drama Wild Rose had been developing the character in her mind since the early days of her career. Film4 Online’s Stephanie Watts spoke to Nicole about the writing process, following Wild Rose on the festival circuit, and the ultimate Country music playlist.

Where did the idea for Wild Rose first begin?

I’m from Glasgow myself and I am mad keen on Country music; it’s my passion more than anything. So I guess that’s the genesis of the story, but the character of Rose-Lynn Harlan is what came first, she just popped into my head about 10 years ago and I knew exactly who she was; I knew what she wanted, I knew her banter, I knew her weaknesses, I just knew that girl. She felt more real to me than my own family, which sounds ridiculous, but so much about this script changed over many, many years, but who she was, none of that changed.

What first drew you to Country music?

I was a terrible teenage insomniac, and BBC2 used to play World music stuff in the middle of the night, and I remember watching Mary Chapin Carpenter singing He Thinks He’ll Keep Her, and I just thought, “That is a banger of a song.” I was so moved by it, I didn’t know music could do that. All those years that I should’ve been chasing Take That, I was outside stage doors in Glasgow listening to Lyle Lovett, Suzy BoggussandPatsy Loveless.

Country music really helps me access my emotions, and I think it’s no coincidence that it’s popular in places like Glasgow where people are not amazing at expressing how they feel. Sometimes I feel like I’ve got a kind of synaesthesia where I just feel things through Country songs, because if I feel a bit down and I don’t know what’s wrong with me, I’ll just put a song on and I’ll feel catharsis through listening to that music.

Rose-Lynn’s connection to music feels like it’s coming from quite a personal place then.

Yeah, exactly. I’m nothing like this girl, she’s got so much more charisma and balls than I have ever had, but I think she does have quite a similar relationship with Country music as I do; it’s a kind of emotional iron lung, and she’s coherent to herself when she’s listening to Country music, and the rest of the time she doesn’t know what the hell is going on.

What was it like seeing Jessie Buckley bring Rose-Lynn to life?

Oh God, it was just such a relief, because I knew that we had to have somebody who could really sing, otherwise there was just no point of making this film. As soon as I met her, even before hearing her sing, she’s got the same kind of electric energy as Rose-Lynn. There was this sort of Scottish-Irish kinship thing and she just got the script on every possible level, and then of course when I heard her sing, I wept. She’s everything I dreamt of.

Did you curate a Country music playlist for her?

Hell yeah, it’s on Spotify! I sent her this playlist early on, and I think it’s really interesting because she’s a proper muso, so she also got into slightly cooler edges of Country music. She got me into Bonnie Raitt and Emmylou Harris, and our relationship has just been an endless sharing of music from the beginning.

The supporting cast is great – Julie Walters feels like she’s so perfect for the role of Rose-Lynn’s mother.

I know, that was just such a thrill to get Julie Walters, because who does repressed better than Julie Walters? Who can, without any dialogue, render exactly what that character is feeling? I think she’s one of my favourite actresses of all time, and some of her performances like in Educating Rita and Billy Elliot. She was absolutely wonderful as Marianne and just anchors the whole piece, and such a bloody lovely person as well.

What first inspired you to become a writer?

I think my biggest influence is Victoria Wood, even though I write quite hard, dark stuff for TV and I’m not at all funny like her. That was my earliest experience of television, watching Victoria Wood with my mum. Some of her stuff is really poignant as well as really funny. Later when she was writing drama, she wrote Housewife, 49 and I think that’s just one of the most brilliant pieces of television I’ve ever seen. Growing up, I went to law school - I didn’t write anything until I was 27 even though I was doing it sort of secretly. I just wanted to do for other people what TV did for me, which was seeing other people who were like you, and can make you feel seen and known, and a bit less alone.

What do you hope audiences will take away from Wild Rose?

I want people to go and have a brilliant time, and laugh and cry, and just be dazzled by Jessie’s performance because I really do think it’s dazzling, and come out feeling the way Country music makes me feel, like it’s got something within them out.

Wild Rose is in UK cinemas from Friday 12th April.