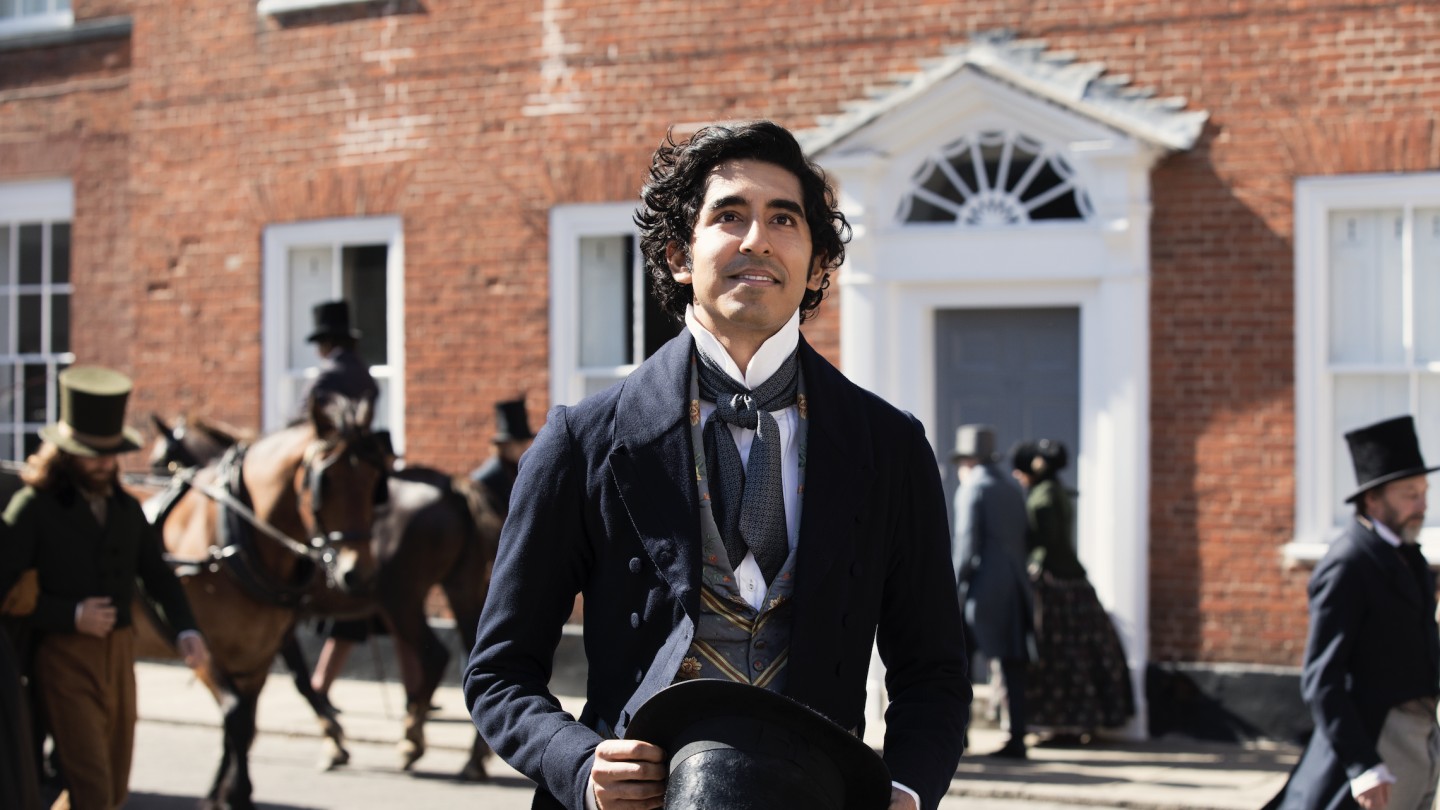 The Personal History of David Copperfield’s Director, Armando Iannucci, has created a one of a kind script for secondary schools across the UK to support BBC Children in Need’s 2019 schools fundraising campaign.

Today (Wednesday 17th July 2019), BBC Children in Need has announced that it will be partnering with Lionsgate UK, the local distributors of new film adaptation “The Personal History of David Copperfield” to encourage secondary schools across the UK to get fundraising for BBC Children in Need’s 2019 Appeal by performing their own version of Charles Dickens’ classic tale.

Secondary schools will be invited to download an exclusive 30 minute version of the film script written by the director and co-writer of the film Armando Iannucci and co-writer Simon Blackwell, both Oscar-nominated for their screenplay for In The Loop, and regular Iannucci-collaborator David Schneider (The Death of Stalin). The script will provide an opportunity for students to build on their acting skills and self-confidence whilst raising money for BBC Children in Need by selling tickets to peers, teachers and parents to come and watch their performance. The script will be available for schools and teachers to download online from September onwards.

Directed by Armando Iannucci, and written by Iannucci and Simon Blackwell, adapted from the classic novel by Charles Dickens, “The Personal History of David Copperfield” brings to life one of the author’s most cherished characters. From birth to infancy, from adolescence to adulthood, the good-hearted David Copperfield is surrounded by kindness, wickedness, poverty and wealth, as he meets an array of remarkable characters in Victorian England. As David sets out to be a writer, in his quest for family, friendship, romance and status, the story of his life is the most seductive tale of all. The film stars Dev Patel in the title role alongside a wealth of British talent including Tilda Swinton, Hugh Laurie, Peter Capaldi, Ben Whishaw and Paul Whitehouse.

Armando Iannucci, Director of “The Personal History of David Copperfield”, commented “I feel so proud to be supporting this year’s BBC Children in Need’s schools fundraising campaign. The story of David Copperfield is a classic one; it looks at not only youth, new friendships and the experience of growing into adulthood, but also at poverty and neglect – sadly, still very real issues confronted by children in the UK today. I hope students will enjoy the script and have fun fundraising for BBC Children in Need with their brilliant performances.”

BBC Children in Need’s Commercial Director, Claire Hoyle, said of the new partnership: “We are absolutely delighted to be partnering with Lionsgate and The Personal History of David Copperfield; this is a unique opportunity for secondary school students to showcase their acting abilities while helping to transform the lives of children and young people across the UK. We feel this will encourage more schools and teachers to get involved in schools fundraising and help make a positive impact on young lives.”

About BBC Children in Need

BBC Children in Need’s vision is that every child in the UK has a safe, happy and secure childhood and the chance to reach their potential. The charity will realise this vision by supporting, promoting and publicising work that addresses the challenges that children and young people face and work that builds their skills and resilience.

BBC Children in Need is currently supporting over 3,000 local charities and projects in communities across the UK that are helping children and young people facing a range of disadvantages such as living in poverty, being disabled or ill, or experiencing distress, neglect or trauma.

About The Personal History of David Copperfield

Kevin Loader (The Death of Stalin) and Iannucci are producing the feature, which was developed with FilmNation Entertainment. It was written by Iannucci (Emmy Award winning creator of Veep) and fellow Academy Award nominee Simon Blackwell (In The Loop) based on Charles Dickens’ novel. The Film will be released in cinemas by Lionsgate UK and was developed by FilmNation Entertainment who co-financed the film with Film4.

The Personal History of David Copperfield reunites many of Armando Iannucci’s long-term collaborators including cast members Hugh Laurie (Veep), Peter Capaldi  (The Thick of It, In The Loop) and Paul Whitehouse (The Death of Stalin) and crew members who collaborated on The Death of Stalin and previous productions including casting director Sarah Crowe, production designer Cristina Casali, costume designer Suzie Harman, cinematographer Zac Nicholson and composer Chris Willis.

The first major new studio in decades, Lionsgate (NYSE: LGF.A, LGF.B) is a global content leader whose films, television series, digital products and linear and over-the-top platforms reach next generation audiences around the world.  In addition to its filmed entertainment leadership, Lionsgate content drives a growing presence in interactive and location-based entertainment, video games, esports and other new entertainment technologies.  Lionsgate’s content initiatives are backed by a nearly 17,000-title film and television library and delivered through a global sales and distribution infrastructure.  The Lionsgate brand is synonymous with original, daring and ground-breaking content created with special emphasis on the evolving patterns and diverse composition of the Company’s worldwide consumer base.

Film4 is Channel 4 Television’s feature film division, which develops and co-finances films and has an established track record for working with the most distinctive and innovative talent in UK and international filmmaking.  Film4 has developed and/or co-financed many of the most successful UK films of recent years - Academy Award-winners such as Yorgos Lanthimos’s The Favourite, Martin McDonagh’s Three Billboards Outside Ebbing, Missouri, Lenny Abrahamson’s Room, Alex Garland’s Ex Machina, Asif Kapadia’s Amy, Steve McQueen’s 12 Years a Slave, Danny Boyle’s Slumdog Millionaire and Phyllida Lloyd’s The Iron Lady, in addition to critically-acclaimed award-winners such as Pawel Pawlikowski’s Cold War, Lynne Ramsay’s You Were Never Really Here, Rungano Nyoni’s I Am Not a Witch, Andrea Arnold’s American Honey, Todd Haynes’ Carol, Mike Leigh’s Mr. Turner, Shane Meadows’ This is England and Jonathan Glazer’s Under the Skin. Forthcoming releases include Chris Morris’s The Day Shall Come, Armando Iannucci’s The Personal History of David Copperfield, Michael Winterbottom’s Greed, Sarah Gavron’s Rocks and Coky Giedroyc’s adaptation of Caitlin Moran’s How To Build a Girl.

FilmNation’s talent for seeking out and elevating creative content across a wide range of genres is at the center of its success as the company just passed its 10 year mark. The independent studio boasts more than 45 Academy Award nominations for its sales and production titles. The studio’s current and upcoming production slate includes: Sebastian Lelio’s GLORIA BELL starring Julianne Moore, which opened to one of the year’s highest per screen averages, Dominic Cooke’s spy thriller IRONBARK starring Benedict Cumberbatch, Armando Iannucci’s THE PERSONAL HISTORY OF DAVID COPPERFIELD starring Dev Patel, and Sean Durkin’s THE NEST starring Jude Law, to name a few. FilmNation’s first television production I Know This Much Is True is now in production with HBO, and several other series are in development including House of the Spirits at Hulu. The company recently announced the launch of its UK-based television production company with Nordic Entertainment Group.