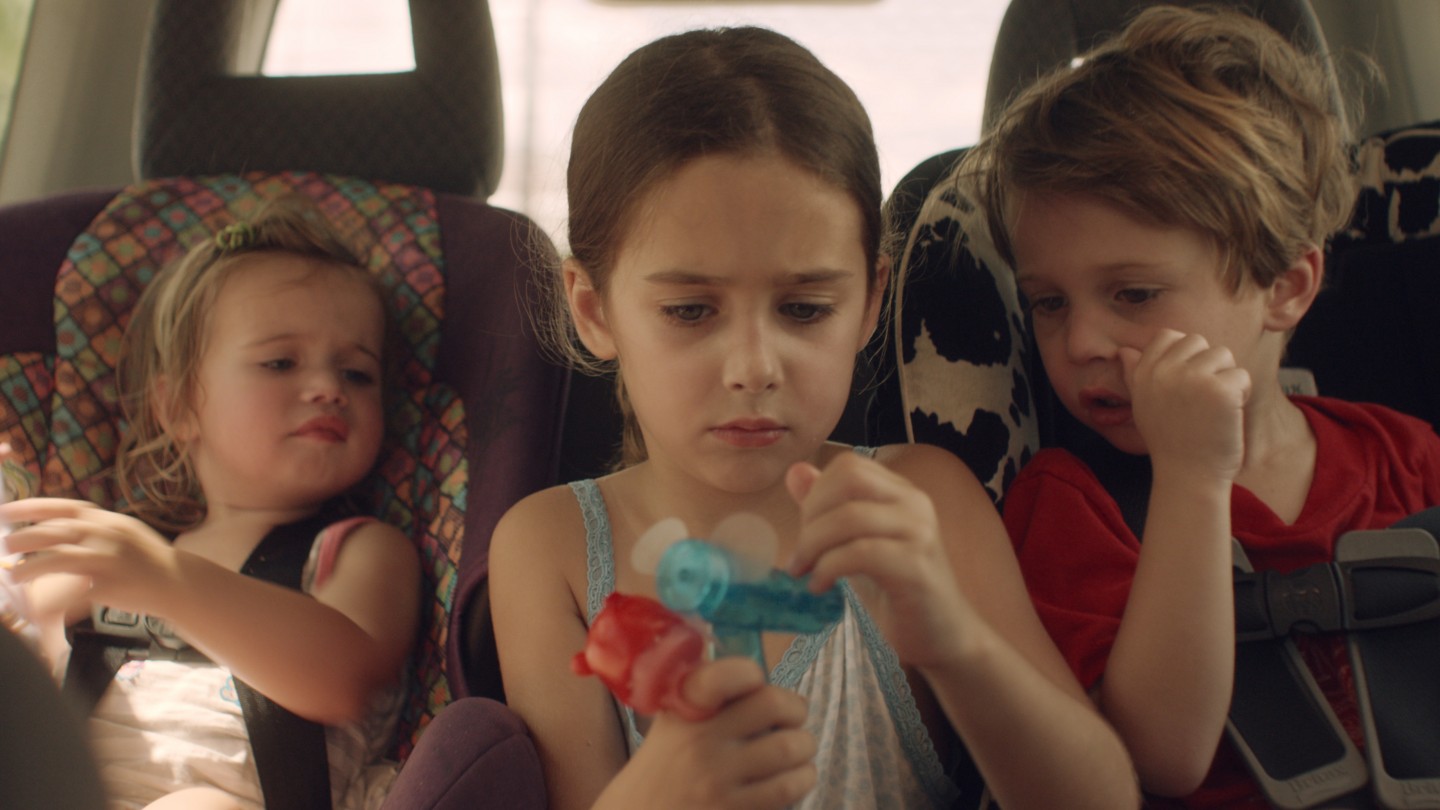 People tend to forget that Cannes gives out more than one Palme d’Or for Best Film every year: there is also a Palme for Best Short Film. As with the features, it will always be a matter of opinion as to whether the jury got it right, but this year we’re in broad agreement, with top prize winner All These Creatures easily securing a spot in our coveted top three. However, it’s pipped to the top spots by a sensual Polish animation and sizzling American drama…

Presented from the point of view of Caroline, a small girl asked to watch her siblings while her mum goes for a job interview, Celine Held and Logan George’s festival favourite is an exercise in nail-biting tension. Unlike most exercises in nail biting tension, it is set in broad daylight, in a car. The problem is that the car is locked, and contains three young children, on a roastingly hot day… The premise is dramatic enough, but the flair with which it is executed really is something.

Short-form Polish animation continues a strong run of form with III, a textured treat from Marta Pajek, which sees characters wrestle physically and psychologically with a curtain of hair. If you’ve seen Toni Erdmann, which played in the feature film Competition at Cannes in 2016, you’ll have an idea of the texture and form of the curtain of hair, which resembles Toni Erdmann’s ‘kukeri’. Think Cousin Itt, only in this case, surprisingly sensual, with an ever-present undertow of violence. Elegant sound work from Michał Jankowski completes the at times abstract piece.

Shot on 16mm, the Palme d’Or for best short went Down Under to Australian entry All These Creatures from Charles Williams, following up on his Grand Jury Prize for best narrative short for The Cow Thief at Slamdance. Seen through the eyes of an adolescent (Yared Scott), the film uses occasionally unreliable narration to unfold a trenchant coming-of-age reckoning with mental illness.